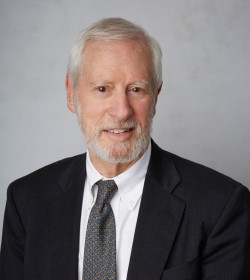 Hal R. Lieberman is the co-author of “New York Attorney Discipline,” and the former Principal Trial Attorney and Chief Counsel for the Departmental Disciplinary Committee in New York’s First Department.  During the past 17 years, he has defended hundreds of lawyers and law firms before disciplinary and grievance committees in connection with lawyer discipline complaints, formal disciplinary prosecutions, reciprocal discipline proceedings, post-conviction disciplinary proceedings, reinstatements, and matters related to bar admissions before the several New York character and fitness committees.  Mr. Lieberman is a regular columnist for the New York Law Journal on the subject of Professional Discipline.

In addition to attorney discipline defense, Mr. Lieberman has been a lecturer in law at Columbia Law School teaching legal ethics, has lectured widely, and published numerous articles on the subjects of legal ethics and professional discipline.  He has testified as an expert in legal ethics in approximately 45 civil and criminal adjudications since 1998, including, among others, disqualification motions, legal malpractice cases, partnership disputes, fee disputes, and numerous issues involving interpretation and application of the Rules of Professional Conduct.

Mr. Lieberman joined Emery Celli Brinckerhoff & Abady LLP in 2014.  He is the past partner-in-charge of the New York office of Hinshaw & Culbertson LLP, and was the subject of an exclusive interview in the March 23, 2011 issue of the New York Law Journal.  The article, “Q&A with Hal R. Lieberman,” focused on Mr. Lieberman’s long and unique experience handling New York attorney disciplinary cases and legal ethics matters more generally, and his views on the state of New York’s lawyer discipline system from the perspective of a former Chief Counsel to the Departmental Disciplinary Committee.

Holds the AV® Peer Review Rating from Martindale-Hubbell, its highest rating for ethics and legal ability; Included in “The Best Lawyers in America®” in the area of Ethics and Professional Responsibility Law (2011-2015); Has been named to the Super Lawyers list (2008-2015).

Mr. Lieberman is a long time competitive middle distance runner, and participates in numerous national and local track meets as a member of the Central Park Track Club. In 2014, Hal and three other runners broke the world indoor age group record for the men’s 4 x 800 meter relay, when they finished 3 seconds faster than the previously held record by a German team.